Hendrick Motorsports NASCAR Cup driver Alex Bowman says he is trying to quietly move on from the Charlotte spat in which rival Darrell ‘Bubba’ Wallace Jr threw liquid on him.

Bowman, who had to start from the rear of the field last Sunday at the Charlotte Roval in a back-up car, rallied to finish second in the race.

But he had clashed with Richard Petty Motorsports’ Wallace twice in the race, sending the RPM Ford spinning in the second incident and saying it had followed Wallace making obscene gestures at him for several laps.

Wallace then went looking for Bowman in the pitlane afterwards.

By the time Wallace arrived, Bowman was sitting down next to his #88 Chevrolet receiving treatment from medical personnel for dehydration.

Wallace briefly spoke to Bowman then splashed liquid from a drinking bottle over Bowman, the medical attendant and long-time Hendrick racer turned pundit Jeff Gordon, who had arrived to check on Bowman.

Asked where he stood with Wallace entering this weekend’s race at Dover, Bowman said, “I’m just focused on running well this weekend.

“I’m focused on my racecar, trying to give the best feedback I can throughout practice, and being strong on Sunday.

“I feel like he said what he had to say after the race.

“I’ve just been kind of moving forward since then. I don’t think we need to talk before Sunday. I think it is what it is.”

Bowman said he did not enjoy the attention the incident with Wallace received over the past week.

“I don’t really like attention, good or bad,” he admitted.

“I just kind of like to do my own thing and fly under the radar.

“That’s almost like ‘why do people want to talk to me?’, but I’m just focused on moving forward.

“I feel like that comes with doing my job.” 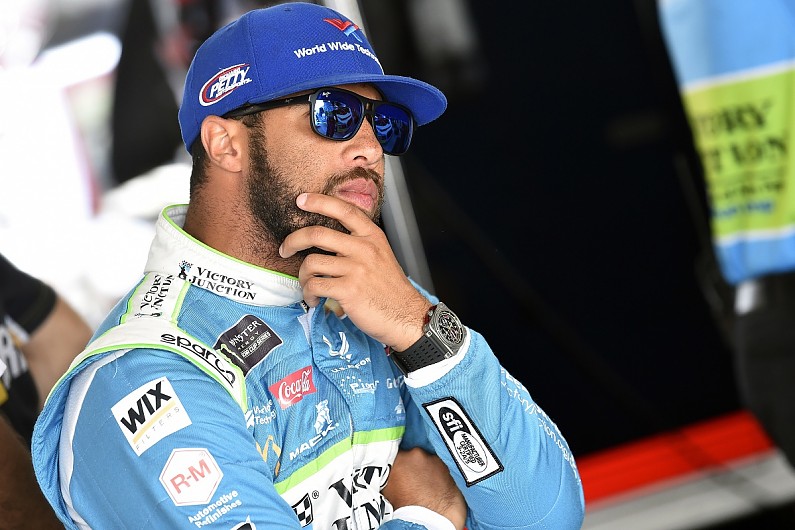 NASCAR indicated after the Charlotte race that it intended to speak to Wallace about his conduct.

Combined with a late-race penalty by Ryan Newman for missing the backstretch chicane, Bowman just avoided being one of the four drivers eliminated from further title contention with his Roval result.

“You just can’t give up in situations like that,” he added.

“Obviously, I was really sick all weekend and I made life hard on myself all weekend with my share of the mistakes.

“I think a lot of it has to do with the racecar those guys gave me and I’m really fortunate to have that.”

Hendrick made a strong start to the Dover weekend on Friday, with Bowman fifth in the opening practice session and his team-mates William Byron and Jimmie Johnson second and third behind pacesetter Joey Logano’s Penske Ford.

Though that Hendrick trio slipped just outside the top 10 in practice two, the team’s fourth driver Chase Elliott was fifth in that session – which was topped by Ganassi’s Kyle Larson.

Wallace was 28th and 18th in the two Friday sessions.