Fernando Alonso would like to be “invisible” until after the Abu Dhabi weekend, as he is embarrassed by the tributes he has had ahead of his final Formula 1 race.

The two-time world champion is racing in F1 for what is likely to be the last time this weekend, after announcing his decision to leave the championship earlier this year.

Tributes to the Spaniard have included a special car livery, overalls and a new helmet design.

A farewell photo with all McLaren team members wearing a commemorative T-shirt is scheduled for Sunday before the grand prix and the team will also form a guard of honour for when Alonso goes into the garage for the race.

F1 has arranged a farewell party in the Abu Dhabi paddock on Saturday evening, but Alonso admitted he wants it all to end quickly.

“All these tributes are a bit embarrassing for me – I’m shier than people think and I want it go by quickly,” said Alonso.

“I would like to be invisible until Monday, but I’ll have to be here and talk a bit.” 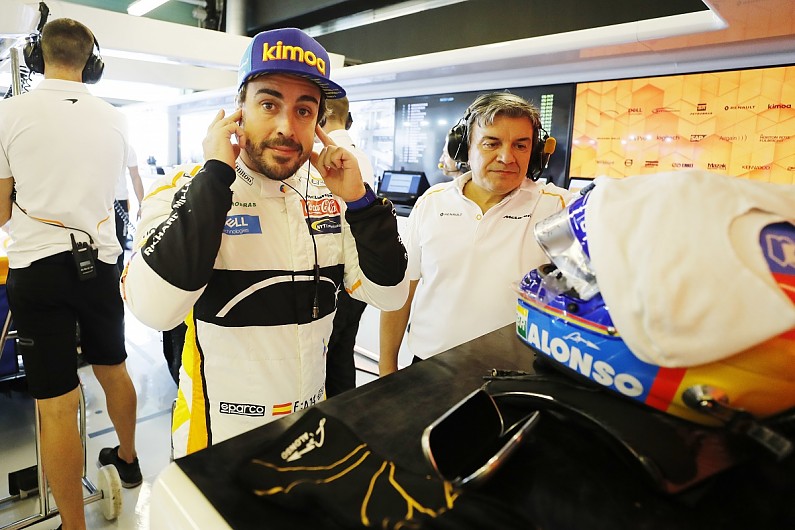 Alonso qualified in 15th position for his final grand prix, and admitted that he had not expected to be able to make it into Q2.

The result meant he has outqualified team-mate Stoffel Vandoorne for all 21 races in 2018.

“We knew that Q1 would be difficult so we decided to use three sets of tyres to try and it worked out,” Alonso said.

“We made it out of Q1, which was a surprise and not in our plans.

“The lap was good and I’m happy to have driven on the limit again to round out a perfect year in terms of qualifying: 21-0 with the same car.

“I think no one else did that and I’m happy to have that at least.”

Alonso reckons he will need the cars in front of him to hit trouble to have a chance of scoring points in his farewell race given the pace of his McLaren.

“In order to be in the points we’ll need help from the people in front of us,” he added.

“In terms of performance we are not fast enough but things can always happen here so we’ll try to stay away from the incidents and take advantage of it.”