Matt DiBenedetto says he is going to “turn heads all season long” following his switch to the Wood Brothers team after a breakthrough 2019 NASCAR Cup season.

DiBenedetto led the most laps of the Daytona 500 last season before being caught in a large crash, bursting onto the scene with the small Leavine Family Racing operation which secured Joe Gibbs Racing help for that season.

After a 19th-place start, DiBenedetto took fourth at Sonoma, before going on a run to score seven top 10s during the second half of the season – including a runner-up finish at Bristol.

However, before the season finished DiBenedetto was dropped for the 2020 season by LFR for Joe Gibbs junior Christopher Bell, and DiBenedetto’s emotional reaction combined with his underdog status led to an outpouring of support from NASCAR fans.

He eventually scored a drive with the Wood Brothers – one of NASCAR’s oldest and most successful teams and boasts the support of Team Penske – following Paul Menard’s retirement.

“But Daytona is always a big opportunity, the Fords are really fast there.

“They’ve had good success in the past so if things work out we’ll definitely have the race car and the speed to go out and contend for it.

“It’s been neat seeing how they [Wood Brothers] operate.

“My guys have a tonne of experience and have been around for a long time.

“We have a good group, our alliance with Team Penske is nice so we have fast race cars and support from Ford, Roush Yates for engines, everything is good.

“It’s neat to see how everything is with their preparation, on the race car and before we get to the first race.

“Our goal is to contend for wins, make the playoffs, make it deep into the playoffs and try and be a contender all season long.” 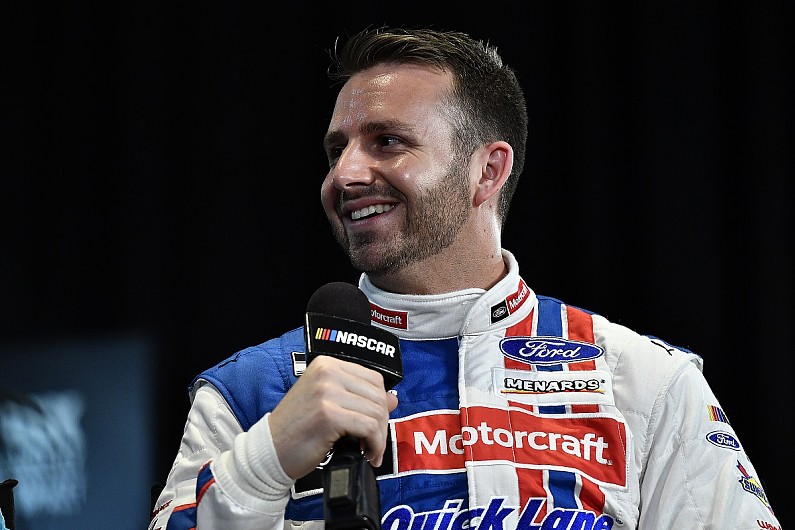 Following his breakthrough performance in last year’s Daytona 500, DiBenedetto says it is no fluke that he is strong on superspeedways and that he practices his craft.

“Superspeedway racing has been something over the years I’ve studied hardest on and worked on the most to become a better plate racer,” said DiBenedetto.

“It’s directly correlated to my performance on the race track, there’s been many races where we’ve been in position, obviously last year where we led the most laps in the Daytona 500 and arguably were the car to beat.

“I’m really confident in my ability on the superspeedways, especially going in with a team like the Wood Brothers, the fast race cars and how fast the fords are it just gives you extra confidence.”

The Wood Brothers last victory came at Daytona in 2011, when Trevor Bayne won in only his second Cup Series start.