Leicester’s reported interest in Naby Keita may be little more than a spurious rumour. But whether it has any basis in fact is almost irrelevant: Leicester are being linked with a £50million midfielder, who has shown – admittedly in short glimpses – that he is worthy of such a price tag.

It’s not gossip that engenders a feeling of Leicester shopping above their station, rather a move that makes perfect sense: for a player short of football but of Champions League quality; for a team about to qualify for the Champions League with intent to stay there.

Almost exactly a month ago, with 86 minutes on the clock at the Amex, Leicester looked as though they were in the process of throwing away their chance of Champions League football for the second season in a row. After a 3-1 defeat to Arsenal and a point at Burnley, Leicester were heading for further dropped points away to Brighton – effecting an all-too-familiar slide out of the top four. Daniel Amartey’s 87th-minute winner was a massive moment.

While other top four contenders have had distinct periods of exaggerated excellence and hyperbolic troughs, punctuated by player discord and managerial malaise, tripping over themselves just when it seems they will take the ascendency, Leicester’s season has been a story of consistency – a testament to the tight-knit, well-rounded squad Brendan Rodgers has built and used so impeccably.

Chelsea endured their horror spell at the end of Frank Lampard’s tenure, picking up just seven points in the eight games before he was sacked. Tottenham then took up the sh*t-stained mantle, losing six of seven games in a row, leading to doubts over their Champions League qualification credentials. But Leicester are yet to go three Premier League games this season without a win, with their worst run being six points from five games in November/December.

Given the way they completely f***ed it last season, there has been understandable reticence to pin one’s hat on Leicester’s qualification, but restraint for that reason should not be jumbled with the circumspection warranted when it comes to other clubs in this madcap race for the top four. Silly season remains in full flow, but Leicester have continued on their level-headed way amid the preposterousness of others.

When Leicester last graced the Champions League, despite an impressive run to the quarter-finals, it felt like a flash in the pan – a one-off chance on the back of their 5,000-1 Premier League triumph, to be followed by a return to mid-table mediocrity. And so it proved with the Foxes finishing 12th, 9th and 9th in the next three seasons, losing many of their world class title-winning players along the way. 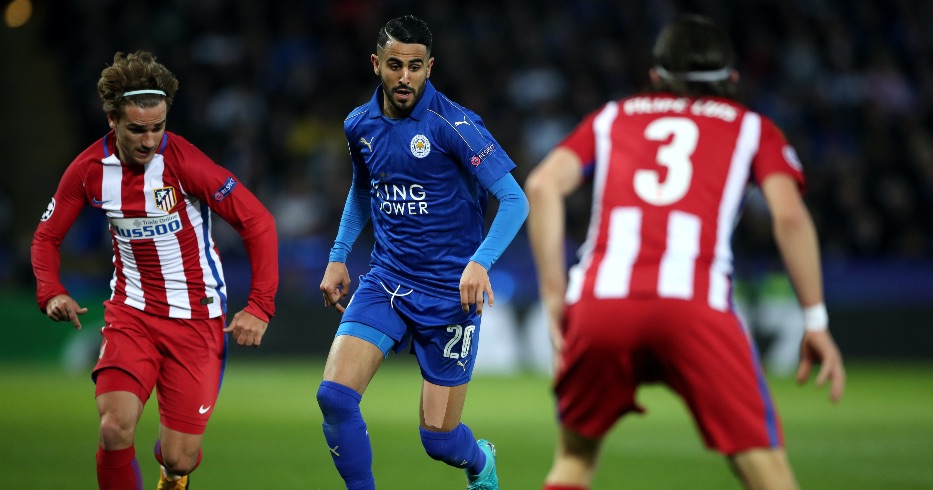 But this more gradual build under Rodgers, with the improvement of the squad through a succession of solid transfer windows, with fewer standout stars, more general quality and outstanding depth that’s been tested and has prevailed this season, provides far more hope of a relationship rather than a dalliance among the Premier League and European elite.

And Champions League qualification – should it come to pass – will have come at the perfect time for Leicester. Despite a clear grounding of the squad and a refreshing lack of ego among the players, there are undoubtedly those – Youri Tielemans and Wilfred Ndidi, for example – who deserve to be playing in Europe’s showcase competition and won’t wait indefinitely for Leicester to get there.

As well as keeping their best players, Champions League football provides the capital and draw to add to the squad from a pool of players Leicester would have struggled to lure to the club otherwise. That, along with a new state-of-the-art training ground and the chance to work under a manager known to not only build a winning team but significantly improve the majority of those he works with, makes Leicester a very attractive proposition to the likes of Keita and whoever else lingers in that category of players just below the ludicrously priced megastars.

A happy side effect of Leicester’s rise is the level to which it will stick in the craws of those still peddling now utterly asinine Big Six proclamations. Oh to be the fly on the wall as a European Super League executive attempts to explain why Arsenal should be getting battered by Bayern Munich and Real Madrid every week over a far better team deemed unworthy of such an opportunity.

But those elitists can do nothing to prevent Leicester’s rise in the Premier League and their imminent Champions League qualification. And this is no raid, no foray or incursion like their previous romp in the competition. This time, Leicester are not going away.