The nascent all-electric MotoE championship has unveiled a complete 18-rider grid for its inaugural campaign next year.

Former MotoGP rider and 2008 125cc champion Mike di Meglio is the highest-profile of the final additions.

The 30-year-old Frenchman will link up with Marc VDS, which is departing MotoGP at the end of the current campaign.

Aprilia World Superbike rider Lorenzo Savadori has been picked up by Gresini – which runs the Italian manufacturer’s MotoGP effort – to partner the previously-confirmed Matteo Ferrari in a two-bike effort. 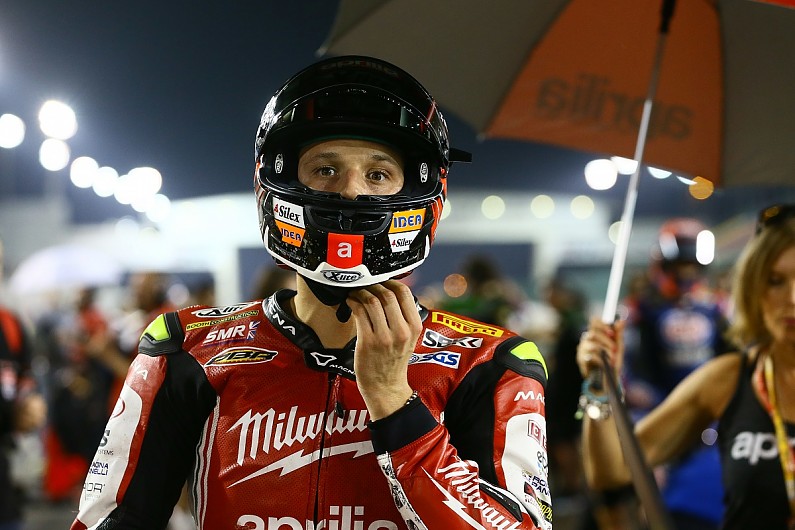 The third race of the MotoE season at Sachsenring clashes with the Superbike round at Donington Park, but Savadori looks unlikely to have a ride in WSBK next year – as the Shaun Muir Racing team that ran Aprilia’s team in the series has opted for a BMW tie-up and an all-new line-up instead.

It has also been confirmed that the inaugural season’s final round, set for Misano in September, will be a double-header – making a total of six races in the campaign.

The first MotoE collective test will take place on November 23-25 alongside Moto2, with three 30-minute sessions designated for the riders on each day.

The MotoE field is headlined by current KTM MotoGP rider Bradley Smith and twice MotoGP runner-up Sete Gibernau, who is coming out of retirement to race in it.

Other riders with MotoGP experience on the grid will include Alex de Angelis, Randy de Puniet, Xavier Simeon and Niccolo Canepa, while 2011 125cc world champion Nico Terol returns to the grand prix paddock for it with Nieto.