Denny Hamlin blasted rival Joey Logano after he felt he was held up unnecessarily by the lapped Penske driver during the NASCAR Cup race at Dover.

Joe Gibbs Racing Toyota driver Hamlin dominated the first stage from pole and appeared well on his way to a stage-two win until Logano – who was 24 laps down due to a pre-race mechanical issue – appeared to obstruct his line, which helped Martin Truex Jr take the lead.

Hamlin finished the race in fifth after an apparent engine issue, and missed a shift on a restart in the second half of the race.

“I thought [Logano] was trying to stay on the lead lap, but they said he was 24 laps down so he was kind of air blocking us and we lost the lead, and we lost that stage,” said Hamlin.

Logano, who like Hamlin is a playoff contender, claimed he was racing for every available point.

“The situation was that I had about four or five cars that it was possible for me to catch, which is five [more] points,” he said.

“I have to try to get those spots if I can get them. 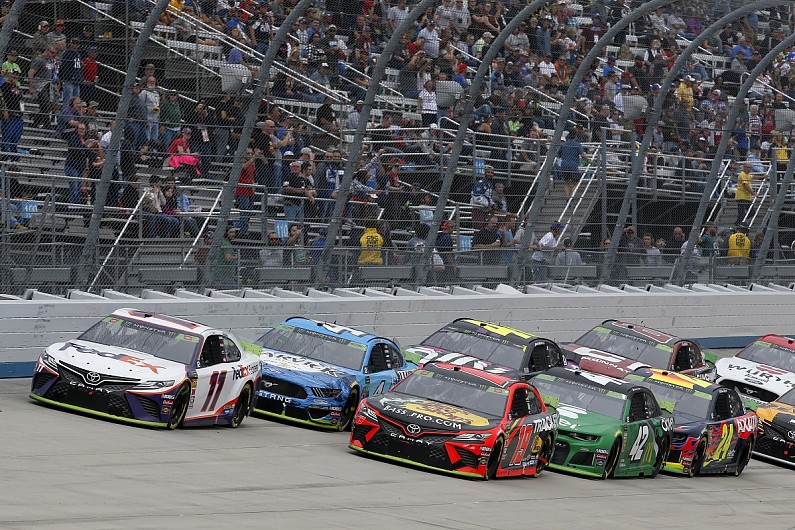 Informed of Logano’s justification, Hamlin said: “Make up positions? He’s 24 laps down, that’s the most idiotic statement I’ve ever heard.

“We’re battling for the end of the stage, it’s not your day, you’ve had bad luck, we get it, but I don’t understand that at all. That’s just a stupid statement by an idiot. “You’ve got to get out of the way.

“When it’s not your day and you’re 20-something laps down, you’re not going to make those positions up.

“It ain’t going to make one position difference at any point of the race, and it didn’t.

“I probably shouldn’t call Joey an idiot, he’s not an idiot, but it’s just a bad choice to say he’s battling for something.

“He’s not fighting for anything.

“He just needs to run around the race track, stay in one lane, maybe the high lane because nobody’s running up there, get the laps over with, get the race over with, go home, work on it at Talladega and try to win that race.”

Sunday’s Dover race was the first of three that will determine which drivers advance to the round of eight playoff stage.

Hamlin is second overall behind JGR team-mate Truex, while Logano is ninth and level on points with William Byron, who holds the final playoff spot.