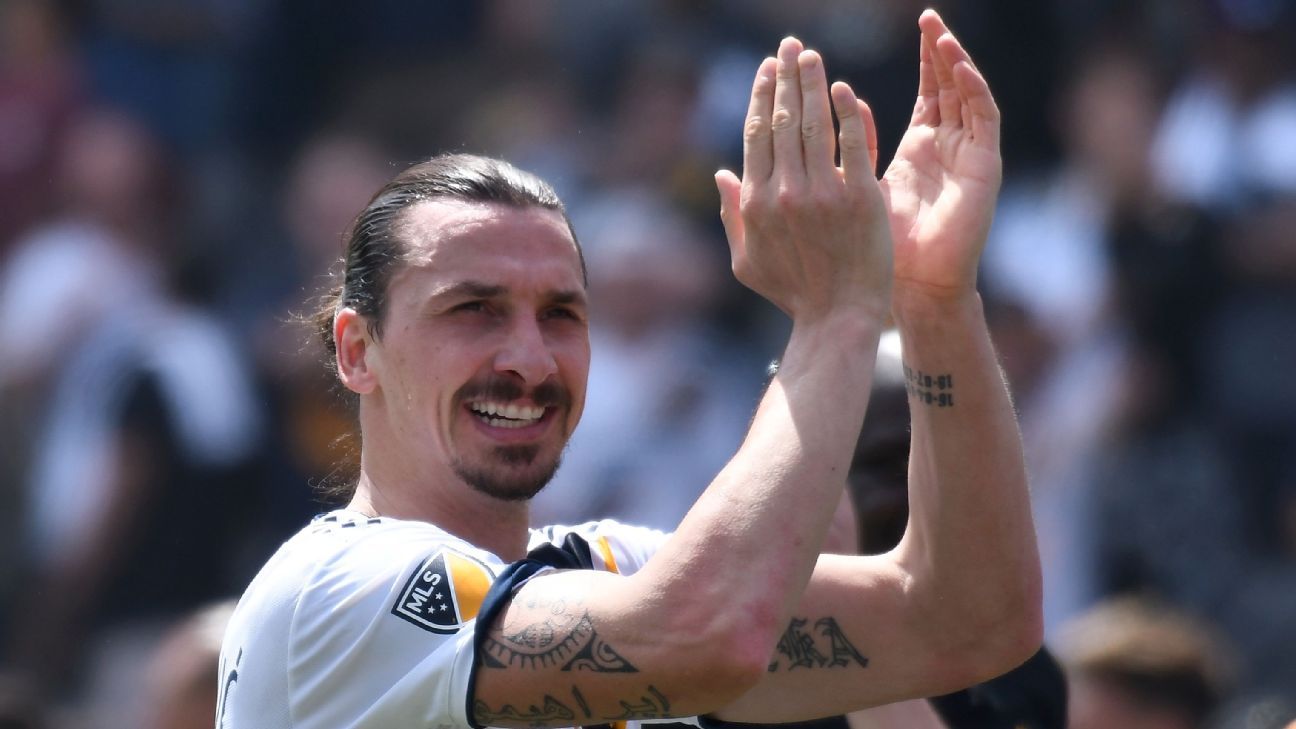 CARSON, Calif — Zlatan Ibrahimovic realises the soccer world is still buzzing about his spectacular debut for the LA Galaxy, but has played down expectations this weekend when the side host Sporting Kansas City.

“Do I expect scoring goals like this in every game? No,” Ibrahimovic said on Friday after practice at StubHub Center. “I can already kill the buzz. Every week will not be like this. Play good, prepare good, win the games, and that’s the way it works… A crazy game like that again? I hope not. I hope we can control the game better and play under control.

“I don’t expect crazy things every game. I’ll try, but it’s not often it goes in.”

Galaxy coach Sigi Schmid hasn’t decided whether his Swedish superstar will make his first start. While Zlatan looked invincible in his debut, the game was his first since Dec. 26 with Manchester United, and he’ll need time to reach full match fitness.

He needed no time at all to put a charge into his new club. The Galaxy’s comeback from a three-goal deficit for a 4-3 win over Los Angeles FC was an indelible moment in Zlatan’s legend, but it also could be a catapult back to contention for the five-time champion club that finished at the bottom of the league standings last season.

And as for Zlatan’s opening goal, nobody in L.A. is tired of watching the highlight just yet.

“As a coach, you learn not to get too high and not to get too low, but certainly that goal is as good a goal as you’ll see — ever,” Schmid said. “As I said when we showed the guys again on tape on Tuesday, I got goose bumps all over again. It’s a great goal.”

Ibrahimovic won’t predict how many minutes he’ll play against Kansas City — he played mostly on adrenaline last week and is still feeling the jet lag. But while he won’t predict fireworks, the 36-year-old is eager to show L.A. what he can still do each week.

“I think I’m doing something I’ve been doing for 20 years,” Ibrahimovic said. “People may think that I exaggerate or something, but the things I’ve been doing, it’s another day at work. The only difference was I haven’t played for a long time, and now I played, so I’m happy. I’m happy to help. I’m happy to give back and to do my best for Galaxy. I’m doing it for the fans.