Petronas Yamaha MotoGP rider Franco Morbidelli will contest the inaugural running of the Sepang 8 Hours in December this year.

Morbidelli will ride a Yamaha YZF-R1 entered by the Sepang Racing team, which has received backing from full-season Endurance World Championship squad YART for its home event.

He will race alongside Yamaha World Superbike rider Michael van der Mark – who made two MotoGP starts in place of Jonas Folger in 2017 – and outgoing Tech3 rider Hafizh Syahrin.

“I’m curious to see how an endurance race format suits me, and I’m really looking forward to it,” said Morbidelli, who sits 10th in the MotoGP riders’ standings with a trio of fifth-place finishes.

“It’s a different thing, it’s something nice, and when [team principal and Sepang circuit CEO] Razlan [Razali] asked me to do it I thought, ‘Sure, why not?’

“The combination of Yamaha and Sepang Racing Team means it should be a strong package, and it’ll be nice to race with a production bike again. Riding bikes is always good for staying in shape, so it’s nice to be able to race in December.

“I’ve trained with a YZF-R1 before so I’ve got an idea of what to expect, but I’m sure the endurance superbike will be very different. I might make the most of the trip and use it to enjoy a holiday in Malaysia as well.”

Morbidelli will be the first MotoGP rider to contest an Endurance World Championship race since Takaaki Nakagami contested the Suzuka 8 Hours last year. 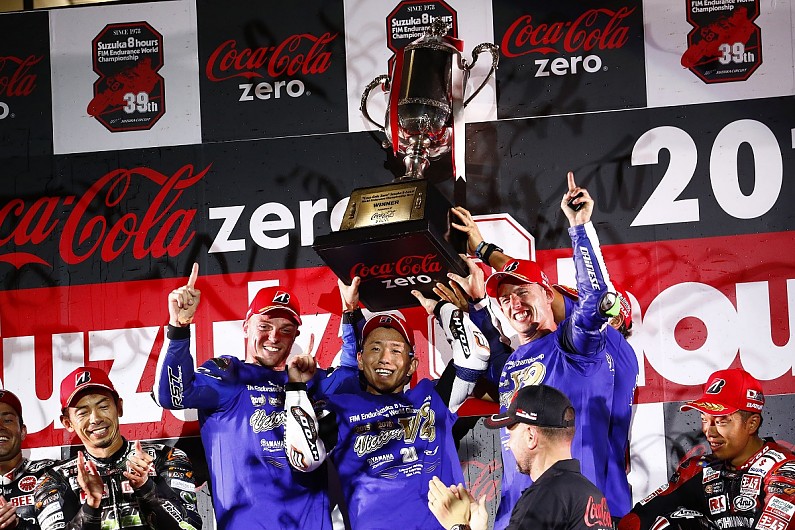 Jack Miller finished fourth alongside Nakagami in the same race in 2017, while Pol Espargaro (pictured above in ’16) won the event the two years before that – the first of which he claimed alongside his then-Tech3 team-mate Bradley Smith.

The Sepang 8 Hours is a new addition to the EWC calendar and will follow the same format as the Suzuka 8 Hours, with the grid order to be decided by a superpole-style shootout.

The race will begin under daylight and finish after nightfall, marking the debut of the Malaysian circuit’s new floodlights.

The Sepang 8 Hours will also share the billing with the final round of the 2019 World Touring Car Cup season.

“There’s no better way to support Tourism Malaysia’s Visit Malaysia 2020 campaign than this event and our international line-up of riders competing in it.

“The weekend will be exceptional as it’s the EWC alongside the WTCR – with the worlds of two and four-wheel motorsport sharing the same track on the same weekend.

“These Races of Malaysia will provide an incredible spectacle of truly international appeal. We have faith that Franco, Michael, Hafizh and YART will deliver and we’re targeting the very top step of the podium.”

Syahrin will pull double duty at the Sepang event, as he will also race in the WTCR finale in a Volkswagen Golf GTI.