NASCAR could adopt one of the Gen-7 components planned for the next generation of Cup Series cars by as early as 2020.

Two Gen-7 components were tested in the All-Star Race at Charlotte last weekend, with the single-piece carbonfibre splitter radiator pan receiving positive feedback that could lead to a 2020 inclusion.

NASCAR and its manufacturers – Toyota, Chevrolet and Ford – are forming the Gen-7 regulations slated to come into force for 2021.

The series is also consulting outside manufacturers as it seeks to lower costs and boost road-relevance to attract more car makers.

“I will say the feedback from the All-Star Race in particular with respect to the step-splitter has been very positive,” John Probst, NASCAR’s senior vice president for innovation and racing development, told Autosport.

“In our next competition meeting with the teams, we may elect to have the discussion with them if there is interest on their part that we may entertain adapting it in 2020.” 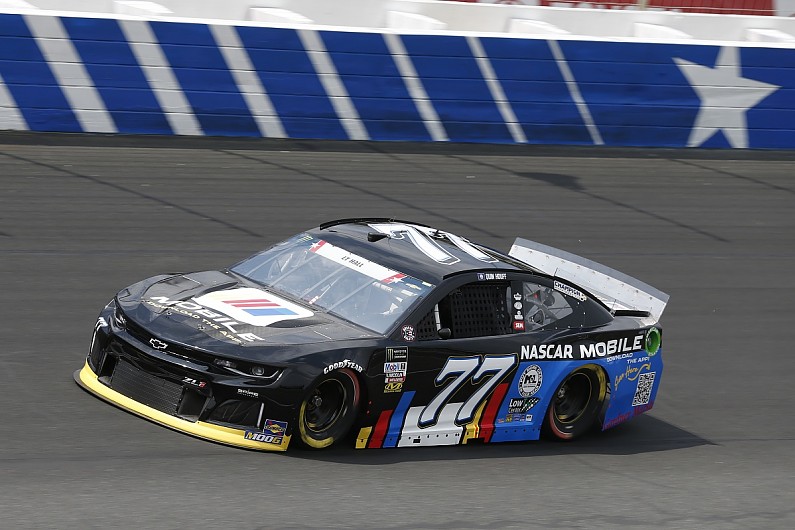 Probst made the comments while providing an overview and evaluation of the 2019 aero rules package.

“Actually, if we implement it [the Gen-7 component] correctly, it would probably cost-neutral to the teams, perhaps even a little cheaper in the fact the splitter and the radiator pan are incorporated into one piece,” Probst said.

“So, if we implement it correctly, it would be at minimum cost-neutral.” Several drivers and crew chiefs said that the splitter/radiator pan piece had helped teams overcome ride height sensitivity.

In a comment posted on Twitter, Rodney Childers, crew chief for driver Kevin Harvick, said he would like to see the change made “as soon as possible”.

The other component trialled in the All-Star race was a new radiator duct.