NASCAR’s 2022 Next Gen car received better reviews from its drivers on the Charlotte road layout than on the oval course, says senior vice president of racing innovation John Probst.

Two former Cup Series champions – Kurt Busch and Martin Truex Jr – took part in this week’s two-day test at Charlotte, with Busch driving a car prepared by Richard Childress Racing in collaboration with NASCAR and Truex in a car built by Action Express.

“It’s been a long three days at Charlotte – it started Monday with the road course test which we felt went really well,” said Probst.

“Both drivers were very complimentary of how the cars handled with the increased brakes and sequential shifter, it was pretty much anticipated that they’d like that over what we had (Wednesday).

“Feedback (Wednesday) frankly wasn’t as good as it was on the road course.

“We collected a significant amount of data from the last three days that we’ll start going through (Thursday) morning at the R&D Center. We’ll figure out what modifications we need to make.

“We’ll enlist the help of our OEMs and teams to help us make the right decisions here as we finalise the design of this car in the next few months.” 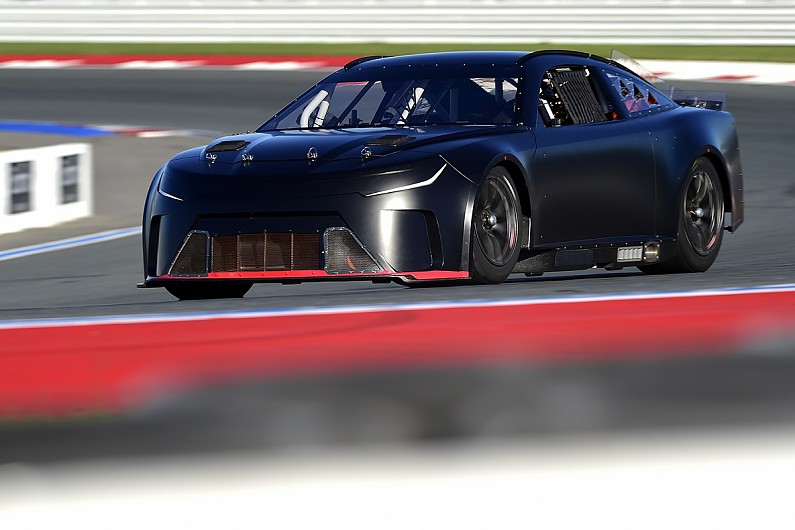 While the test cars still have a manufacturer-generic overall design, they include several prominent features that make them stand out from the current Cup Series models. They include far more stock-looking wheels and wheel well, body side moulding and character lines, hood design and air exhaust vents built into the rear bumper.

The new car design was originally set to debut in the Cup Series in 2021 but the COVID-19 pandemic has delayed its use until the 2022 season.

“Anytime you get the opportunity to have somebody like Kurt and Martin in the car – veterans that have driven not just the current car, but previous generations – they provide a good historical perspective for you,” Probst said.

“It’s always good when you can get veterans in the car that you can use as a guidepost to keep you going in the right direction.

“They did a phenomenal job for us; we couldn’t ask for anything more.”

Probst said NASCAR will next take its Next Gen car to Daytona International Speedway on 15-16 December for single-car test runs.

“Beyond that, we’re working on a tyre test plan with Goodyear right now that will likely have seven or eight tests for 2021,” he said.

“The OEMs are currently wrapping up the builds of their own vehicles and we will look to start Wheel Force Transducer (WFT) testing in March with all three cars on the track together.”

Autosport has produced a standalone special magazine to celebrate our 70th birthday. All current print subscribers will receive a copy for free. To order your copy of the 196-page Autosport 70th Anniversary issue, please go to: autosport.com/autosport70th