Autosport has launched a special seven-part series attempting to establish the greatest Formula 1 team from legendary figures in the championship’s history.

Taking input from a panel made up of 18 of the Motorsport Network’s F1 experts from across the globe, votes were cast for the individuals who stood out as the absolute best in their respective fields.

After picking our top race engineer, chief designer, sporting director, technical director, and ‘number two’ driver, this episode is all about finding the greatest ‘number one’ driver to lead the team’s title challenge.

The choice for this spot was hotly contested, with opinions varying on which of the various qualities a top-line racer must possess.

For while out-and-out speed is crucial, the right ‘number one’ driver also needs to be someone who motivates staff, is a team player and also values sportsmanship.

In this episode, host Jessica McFadyen is joined by James Allen, Jonathan Noble, Ben Anderson and Luke Smith to discuss the drivers who stands as contenders for leading the Greatest F1 Team – and they reveal who has come out on top.

In the final episode in this special series, we will establish the key role of who would be team principal charged with managing the outfit. 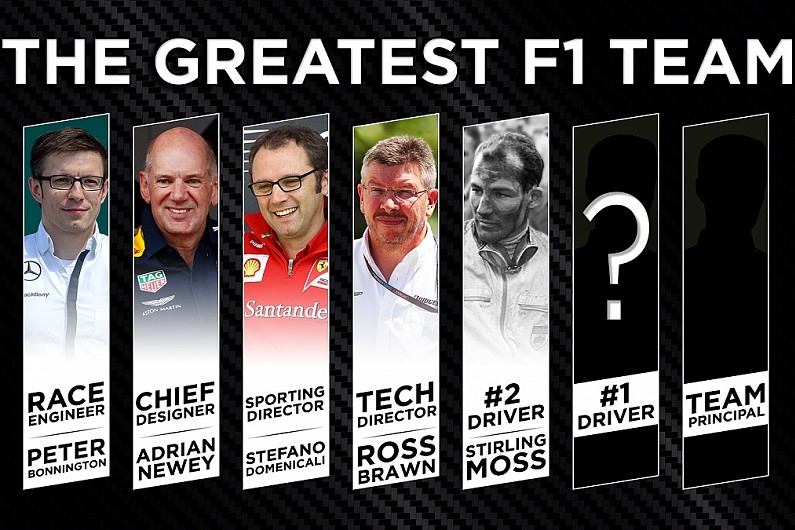