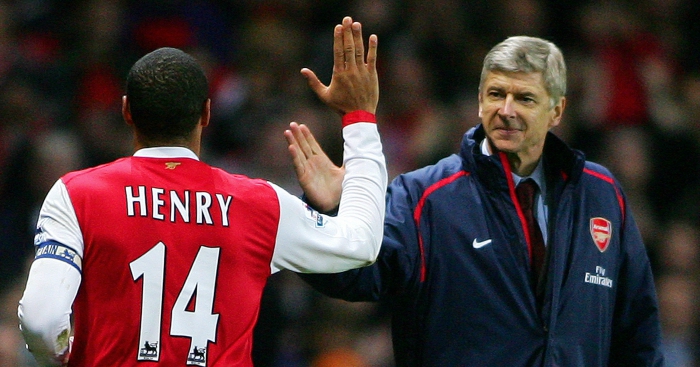 Arsene Wenger worked with some incredible players during his 22 years at Arsenal – but who did he rely on the most?

The manage had an amazing eye for talent and won three Premier League titles and seven FA Cups before leaving the club in 2018.

We’ve compiled an XI of Wenger’s most-used players at Arsenal, arranged in a 4-4-2 formation.

Seaman had already been at the club for six years when Wenger was appointed as Arsenal manager in 1996, and he kept his place in the team.

He was released at the end of the 2002-03 season and announced his retirement from football at the age of 40 in January 2004.

Sagna arrived at Arsenal from Auxerre in 2007 and immediately cemented his position as the club’s first-choice right-back.

The France international made 284 appearances during his seven years at Arsenal before joining Manchester City in 2014.

Toure famously sent Wenger flying with a two-footed challenge during his Arsenal trial, but the manager admired his desire and signed him up.

The defender made 327 appearances at the heart of the Gunners’ backline before leaving for Manchester City in 2009.

Koscielny signed for Arsenal from Lorient in 2010, and he became a mainstay of their defence over the next nine years.

The centre-back made 324 appearances under Wenger and was labelled as one of the world’s best defenders by his manager.

He was named club captain following Wenger’s departure in 2018, but controversially joined Bordeaux a year later.

Wenger signed Clichy from Cannes in 2003 and the left-back mainly acted as the back-up to Ashley Cole as Arsenal won the 2003-04 Premier League title.

After Cole joined Chelsea in 2006, Clichy took over the starters’ role and developed into one of the best full-backs in England.

After making 264 appearances for the club, he rejected a new contract and joined Manchester City in 2011.

“Leaving Arsenal was a really big thing for me,” Clichy told The Sun in 2011. “Arsene Wenger helped me grow up as a person and player.

“He taught me everything – how to be a footballer, how to be a man. And saying goodbye was very emotional, very difficult because I have been there so long.”

Walcott joined Arsenal from Southampton as a 16-year-old in January 2006 and was tipped to be the next big thing.

Despite not living up to his potential, the winger still won two FA Cups and scored 108 goals in 397 appearances for the Gunners.

He eventually fell down the pecking order under Wenger and moved to Everton in January 2018 in search of regular first-team football. 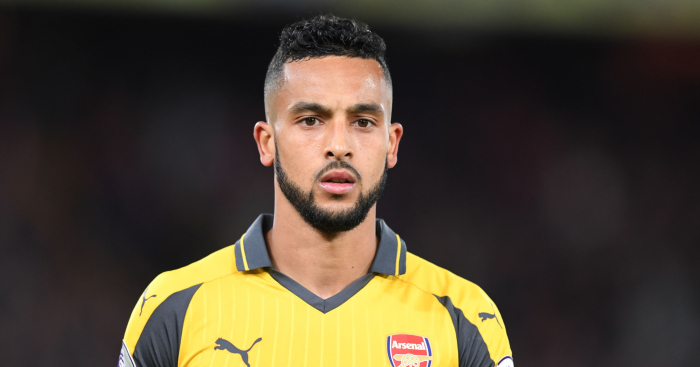 Wenger convinced Vieira to follow him to Arsenal in 1996 and that was the start of the most successful era in the club’s history.

The midfielder went on to enjoy a nine-year spell with the Gunners, making 402 appearances under Wenger that saw him crowned a Premier League champion on three occasions and an FA Cup winner four times.

“He was a masterful player, a huge success,” Wenger told BeIN Sports in 2020. “Since he’s signed for Arsenal everyone started looking for ‘the next Patrick Vieira’.

“He had unbelievable qualities and was a great competitor. He always wanted the ball at his feet and was capable of turning the game forward.”

Signed as a 17-year-old from Cardiff City, Ramsey had to bide his time initially before eventually becoming a key part of Wenger’s side.

He made 329 appearances in all competitions under the Frenchman and helped the club to win three FA Cups.

After 11 years at the Emirates, the midfielder bid an emotional farewell to the Gunners and joined Juventus on a free transfer in 2019.

Ljungberg was relatively unknown when Wenger brought him to Arsenal in 1998, but he quickly established himself as a cult hero.

READ: Freddie Ljungberg: A ‘colourful’ player whose influence continues to be felt

Henry joined his compatriot at Arsenal in 1999 as Wenger looked to replace the recently-departed Nicolas Anelka who had joined Real Madrid.

The manager transformed Henry into one of the world’s greatest strikers, and he scored 228 times in 376 appearances during his two spells at the club.

“He was a huge success for us. He was an exceptional footballer player,” Wenger said after Henry’s retirement in 2014.

“He was a combination of physical talent and intelligence. He was one of the greatest players I’ve ever seen.”

Bergkamp came to Arsenal from Inter Milan the year before Wenger arrived, but he came to define their new style of play under the Frenchman.

After making 376 appearances in 10 years under Wenger, he announced his retirement in 2006.

Where are they now? The 14 who played 1-10 games for Arsenal’s Invincibles

Can you name every member of Arsenal’s 01-02 Double-winning squad?

Six of the most ridiculous players linked with Arsenal during lockdown