Alex Bowman will lead the field to green in this weekend’s NASCAR Cup season-opening Daytona 500. Here’s how and when you can watch the race.

Hendrick Motorsports driver Bowman, who has moved across to the #48 Chevrolet Camaro to replace seven-time champion Jimmie Johnson, claimed his second pole for the event in qualifying on Wednesday night and will become the first driver in history to start four successive 500s from the front row.

Team-mate William Byron was due to start alongside Bowman in a Hendrick lockout, but the former was caught up in an accident during a Duel race which sets the remainder of the grid, suffering severe damage to the bodywork of his car.

As a result of taking the spare car, Byron will drop to the rear of the field before the green flag. Brad Keselowski was caught up in the same wreck and will also be forced to race the spare for the main event.

Duel winners Aric Almirola and Austin Dillon will line up on the second row.

Bubba Wallace, driving for the new 23XI Racing squad co-owned by basketball legend and Denny Hamlin showed an impressive turn of speed during qualifying, and managed to secure sixth on the grid.

Reigning Cup Series champion Chase Elliott will fire off from 12th, just ahead of the returning Kyle Larson in 13th, with triple 500 winner Hamlin, who is seeking an unprecedented third successive win in the event 25th, after running out of fuel in his Duel. 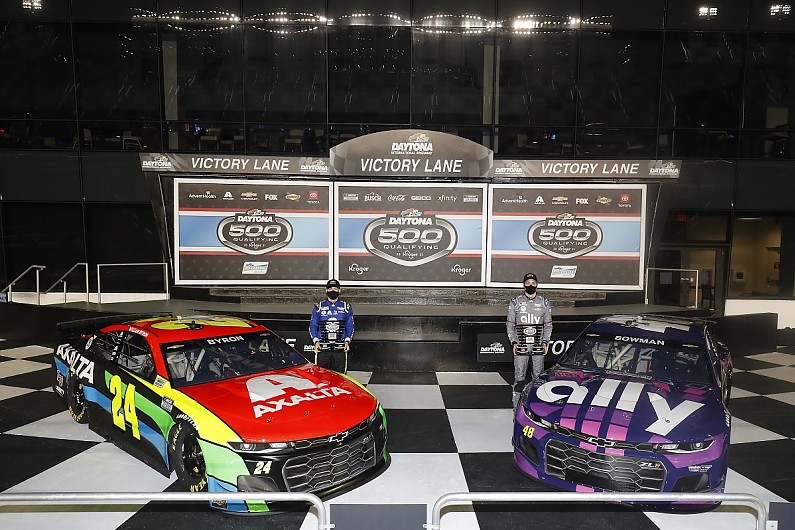 The 1990 500 winner, Derrike Cope, was unable to set a qualifying time due to a battery issue but was guaranteed to start the race regardless because he secured a charter entry with Rick Ware Racing.

After a scary near-miss with the pack as he trundled back to the pits during his Duel, the 62-year-old qualified his Camaro in 32nd place out of a total of 40 planned starters.

Will fans be allowed at the Daytona 500?

Up to 30,000 fans will be allowed to attend the Daytona 500, with the venue typically holding just over 100,000 spectators. Despite the reduced numbers, speedway president Chip Wile was still optimistic, pointing out that “it will be the largest sporting event that our country has seen since the pandemic,” with last weekend’s Superbowl (also in Florida) between the Tampa Bay Buccaneers and Kansas City Chiefs permitting 22,000.

Those attending the race will have assigned seating, temperature checks on entry, contactless payment for concessions and will have to adhere to social distancing guidelines.

In the United Kingdom, the race will be shown on pay TV channel Premier Sports 2 (Channel 429). Pre-race coverage will be starting at 19:00pm GMT ahead of the race start at 19:30pm GMT.

Autosport.com will run an on-the-flag report just after the 63rd running of the famous event has finished, along with reaction from the key drivers. A full-length report will be published in the magazine on Thursday 18 February. 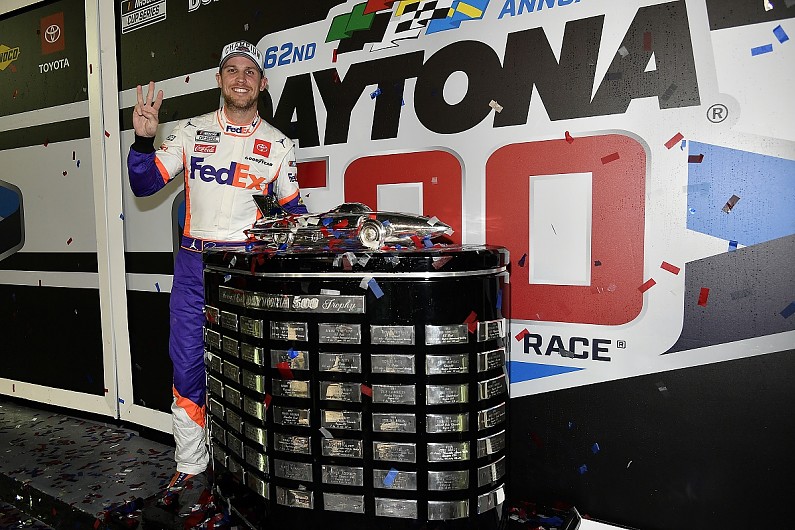 Weather forecast for the Daytona 500

Current weather forecasts predict hot, humid conditions, with the potential for thunderstorms to hit the speedway during the race.

If the weather is severe enough, there is a possibility of postponing the race until Monday afternoon, which has happened on two occasions, in 2012 and 2020.

The race is scheduled to complete 200 laps in stages of 65-65-70 around the 2.5-mile Daytona International Speedway, covering a total race distance of 500 miles.